I’m 32, and Last Week I Retired – Chapter 3 : Trekking into the Medieval Tibetan Kingdom of Lo

This is chapter 3 in my nomadic story.

In case you missed my previous two adventures feel free to check them out after this post:

Chapter 1: I’m 32, and Last Week I Retired: Musings on Money, Monotony and Madness

Chapter 2: Going Tribal with the Mentawai of Indonesia

I first heard of Mustang-The Former Tibetan Kingdom of Lo during one of those late night candle lit conversations while trekking high in the Himalayas. Wrapped in blankets and sipping yak butter tea, Tashi told stories of a medieval Tibetan Kingdom untouched by time; the terrain and weather so unforgiving that no roads could be built and army could control it.

A land of outlaws and bandits, where nomads still lived in yak hair tents and fed their dead to the giant Himalayan Griffons.

He had never been but often dreamed about visiting this forbidden place, over the impossibly high, 24,000 ft peaks just north of where we sat. The King of Lo was rumored to be stepping down, and the Chinese and Nepali governments were in the process of building the first road over the Himalaya to connect China and India. This road leads directly through The Kingdom of Lo. Upper Mustang is probably the only place where traditional Tibetan culture remains untouched. 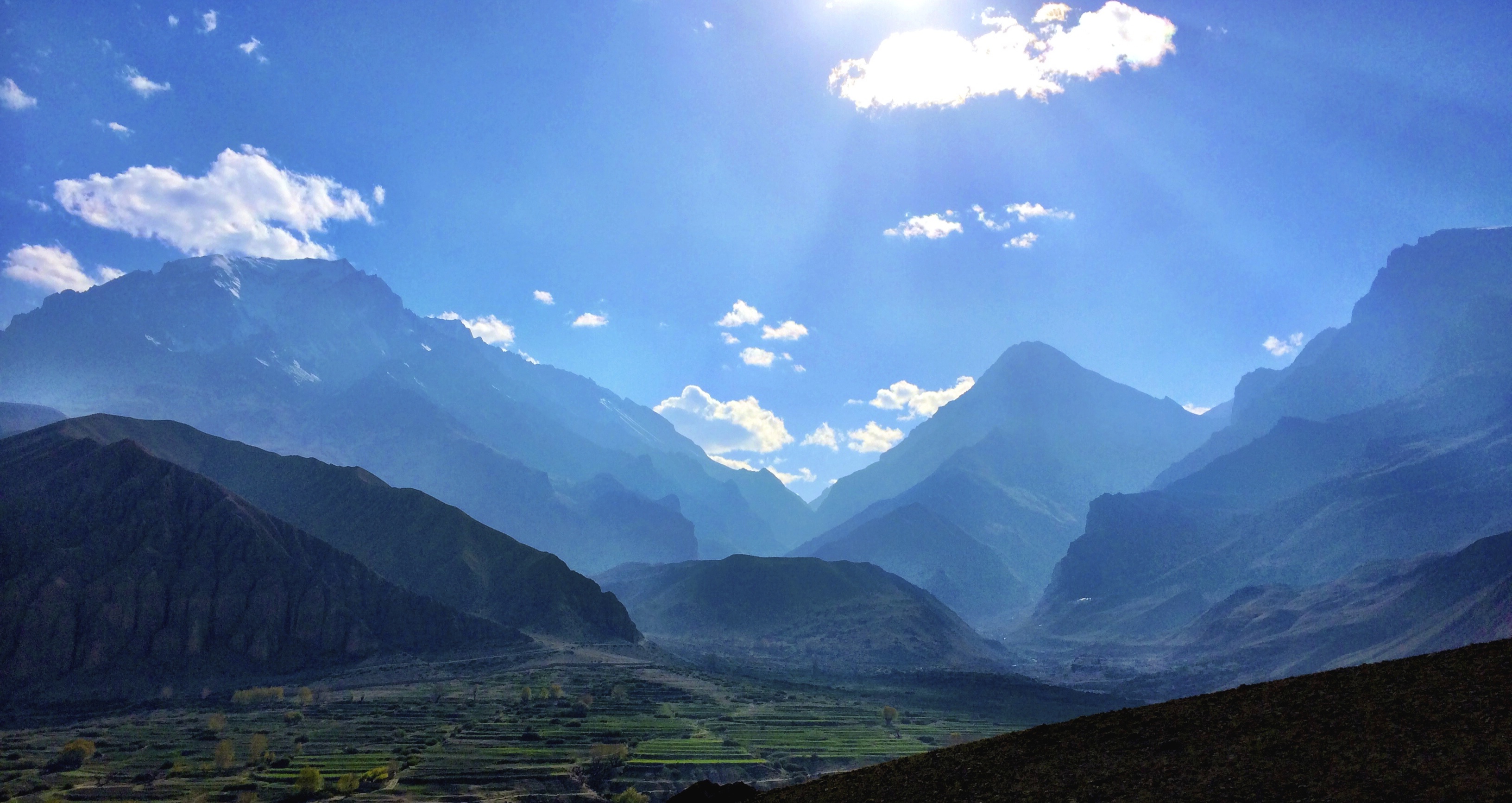 I walked over those snow capped mountains three days after this photo was taken.

The name of the village means, “eagle rips the flesh” and people here still practice the ceremonial Sky Burials where giant Himalayan Griffons eat the the dead..

My favorite place in Mustang. Here, people live as they have for thousands of years, no english signs, no guest houses, no phones or wifi. In the evenings, the women of the village would all come sit in the middle of the village and catch up on daily gossip. Kids squealing and playing between houses, a long line of goats being led into mud-brick enclosures for the night, having spent the day grazing the dry hills at 15,000ft. So of course, I found a cave to sleep in. 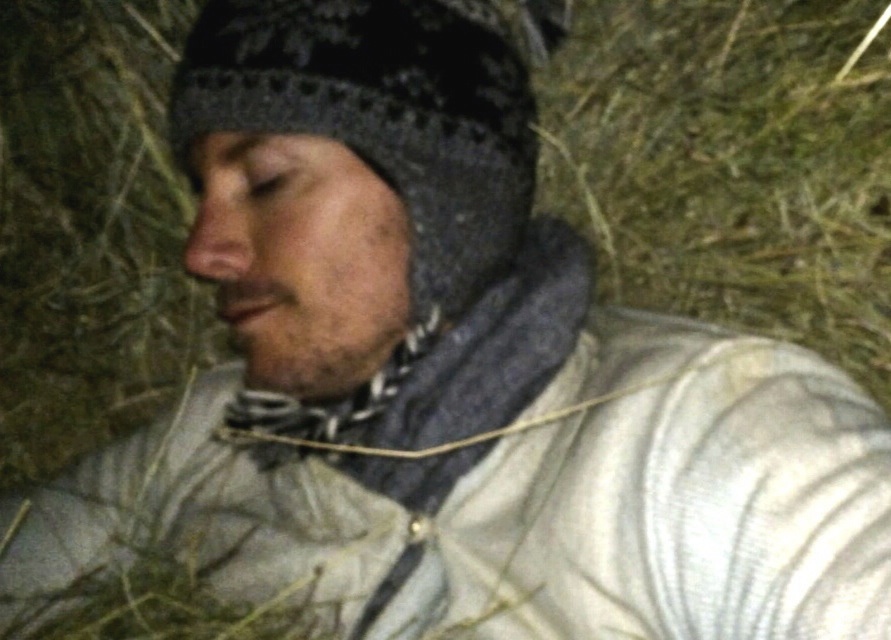 In the summer, villagers cut grass and use some of the caves to store winter food for the horses. Dried grass is a great insulator and I decided to make a nest for myself. The temperature dropped to freezing that night and I didn’t have a sleeping bag or blanket, but I actually slept. Not amazingly well, but, you know, survival.

I was picking grass seeds out of my underpants for days.

A cup of tea at sunrise in Chhoser, Upper Mustang. I stayed with this beautiful woman in Chhoser.

You can see her home in the Chhoser village pic (5 pics above this one). The white house against the cliff with a red blanket drying out front. Mustang women still dress more traditionally, with colored robes, skirts, and head wraps. Sun-kissed rosy cheeks create a natural rouge on their dramatically board, high cheekbones. Most of them wear gold earrings and nose rings which makes them look like beautiful, colorful pirates. This woman also had a gold tooth which I though was extra classy.

In the image above, I’m walking along the narrow ridge in the upper left. 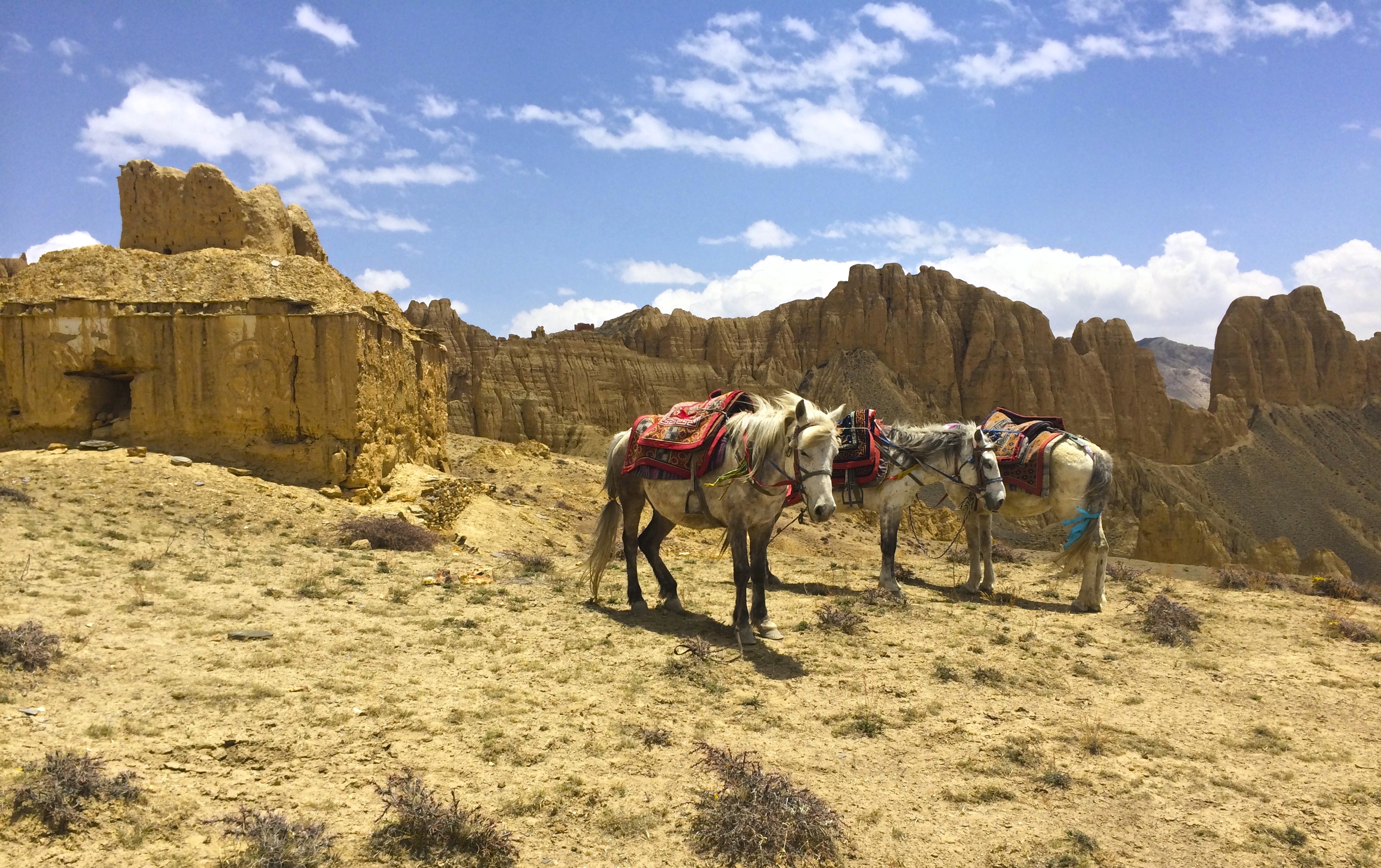 Horses along the Tibetan border. 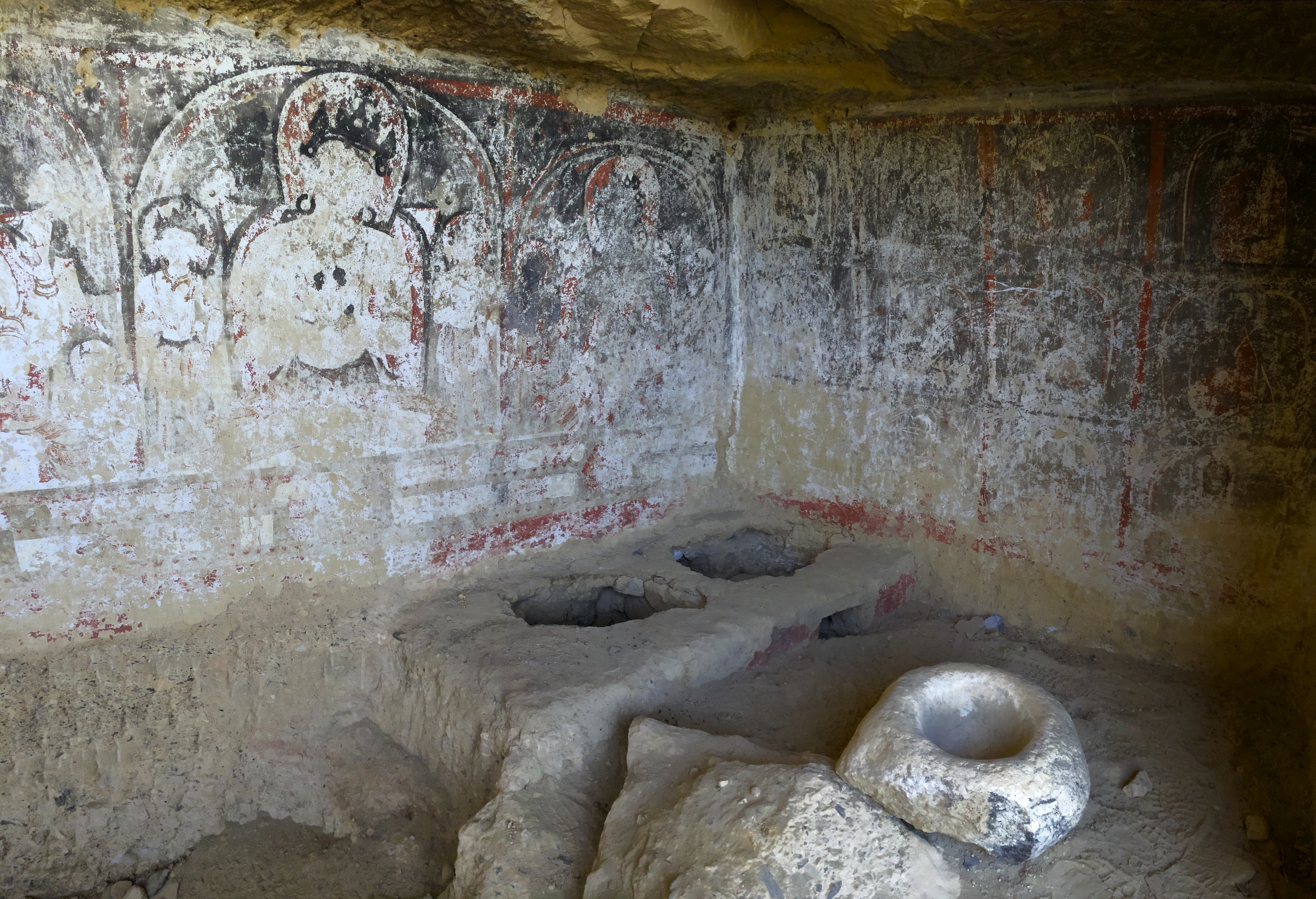 The village name means “red blood” for the cave filled red cliffs were people once lived. 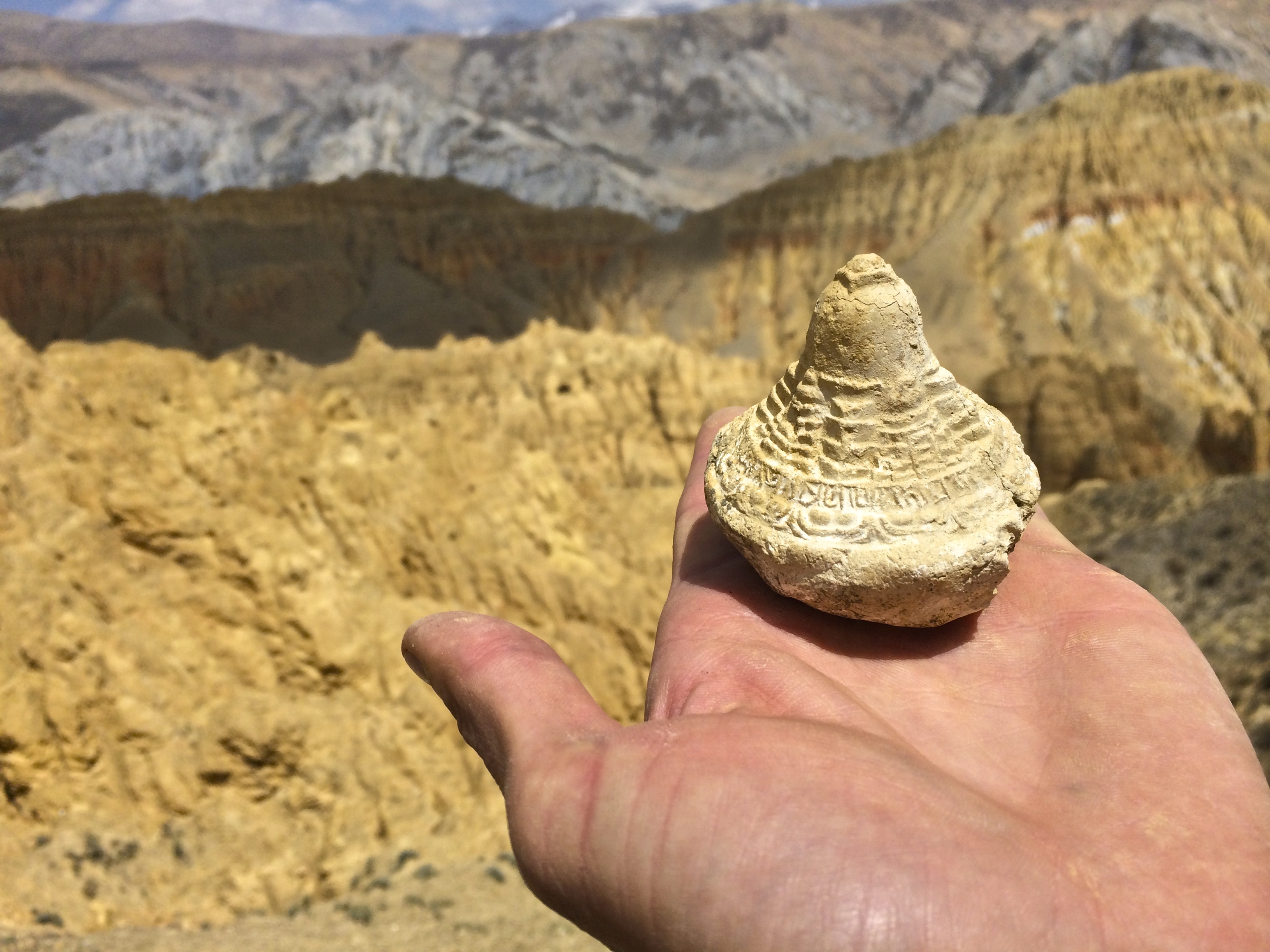 Found this in Tibet. Put it back ;) 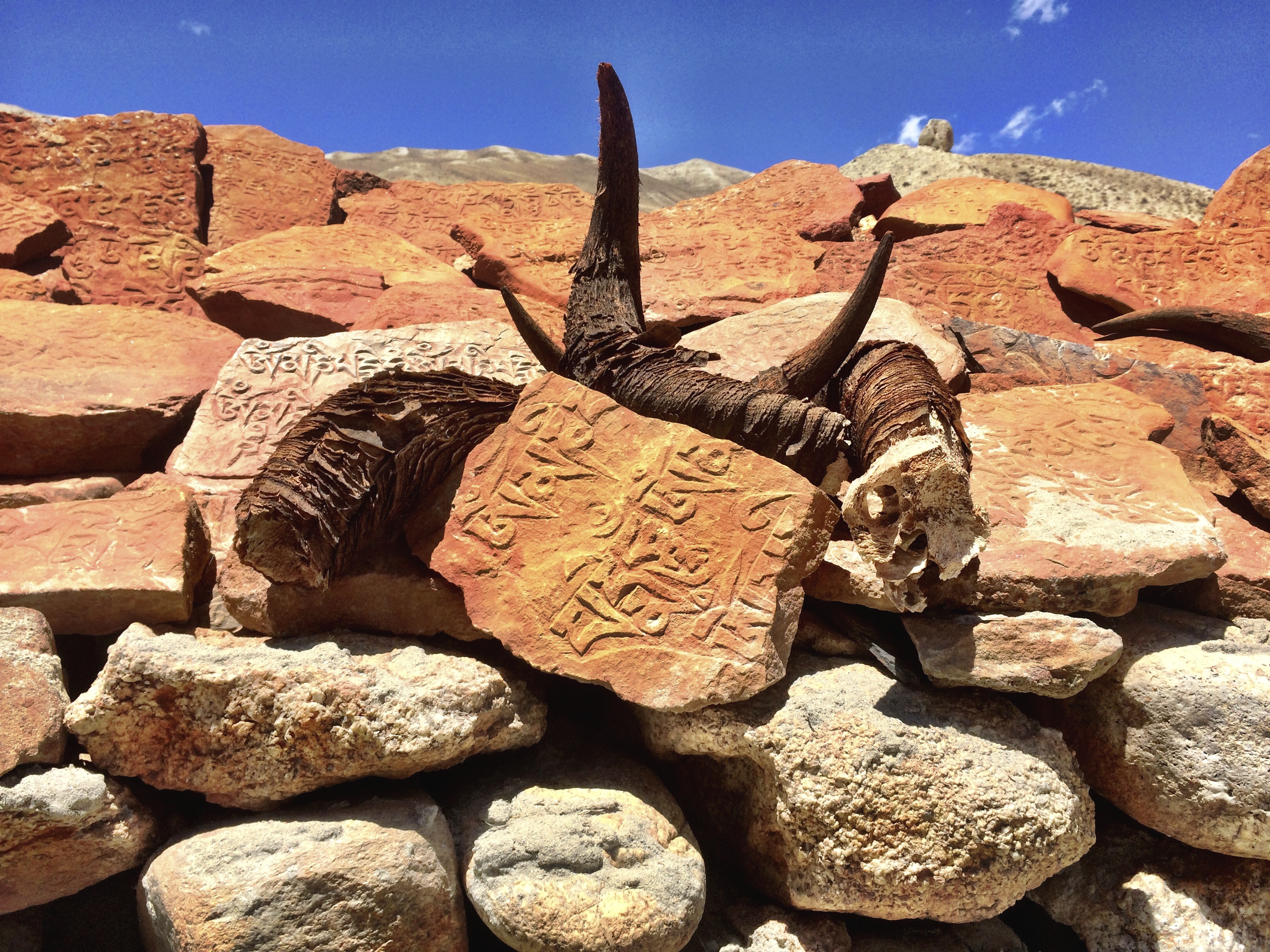 “Om mani padre hum,” a Buddhist mantra carved into stones along the trail in Mustang 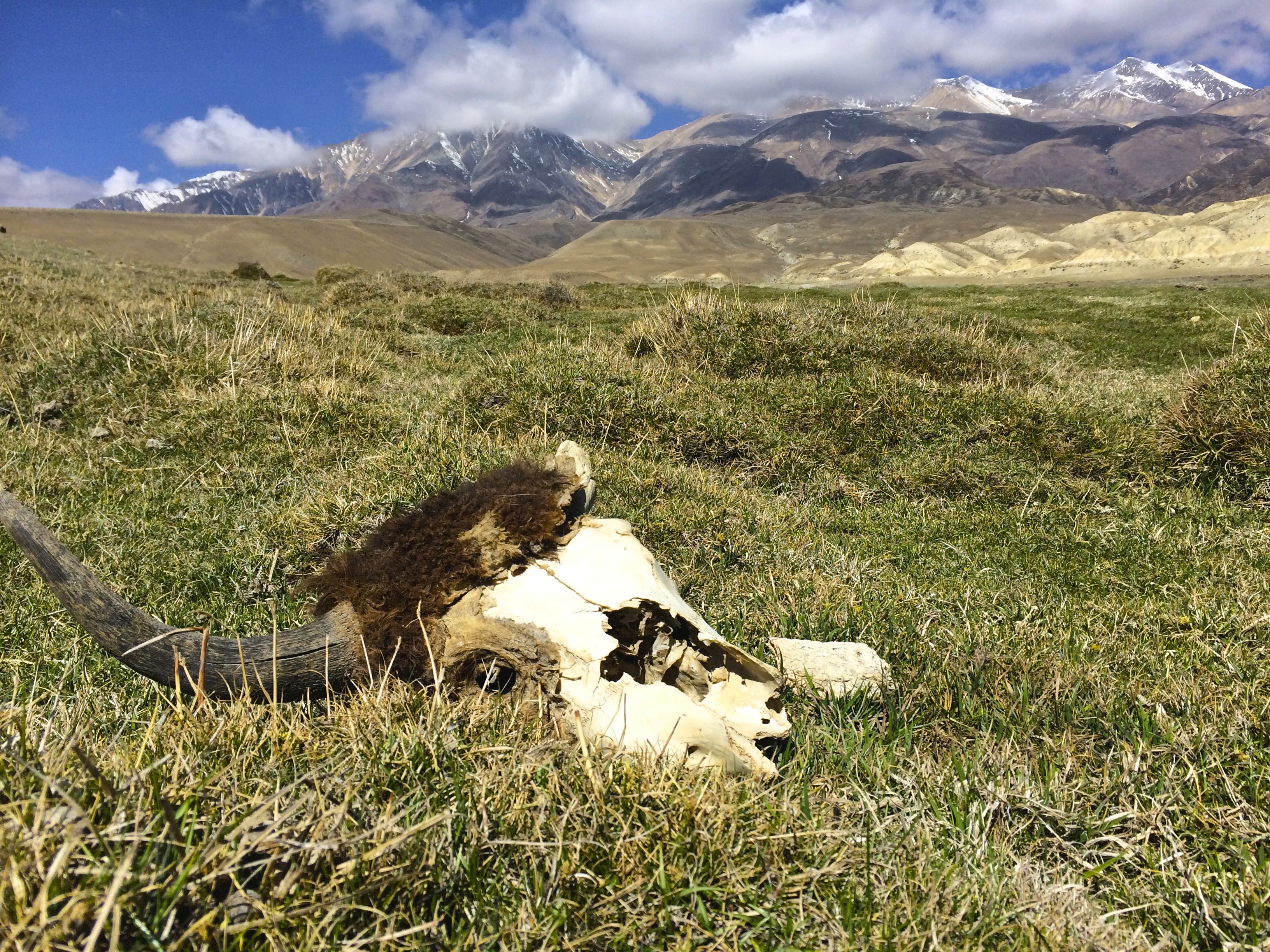 Yak skull on my search for the Dhokpas (nomads).

That morning, an old Tibetan man pointed his binoculars up into these mountains before advising “Dhokpas! Go, look yak!” If I find the yaks, Ill find the Dhokpas. Maoist (communist) rebels had a stronghold in Mustang until just recently. As I’m approaching a village from below, I see movement on the ridge above me. Camouflage and rifles line up in sentry positions, aiming outward over my head. I stopped and waited for my interpreter to be sure things were ok before continuing. “I think so” 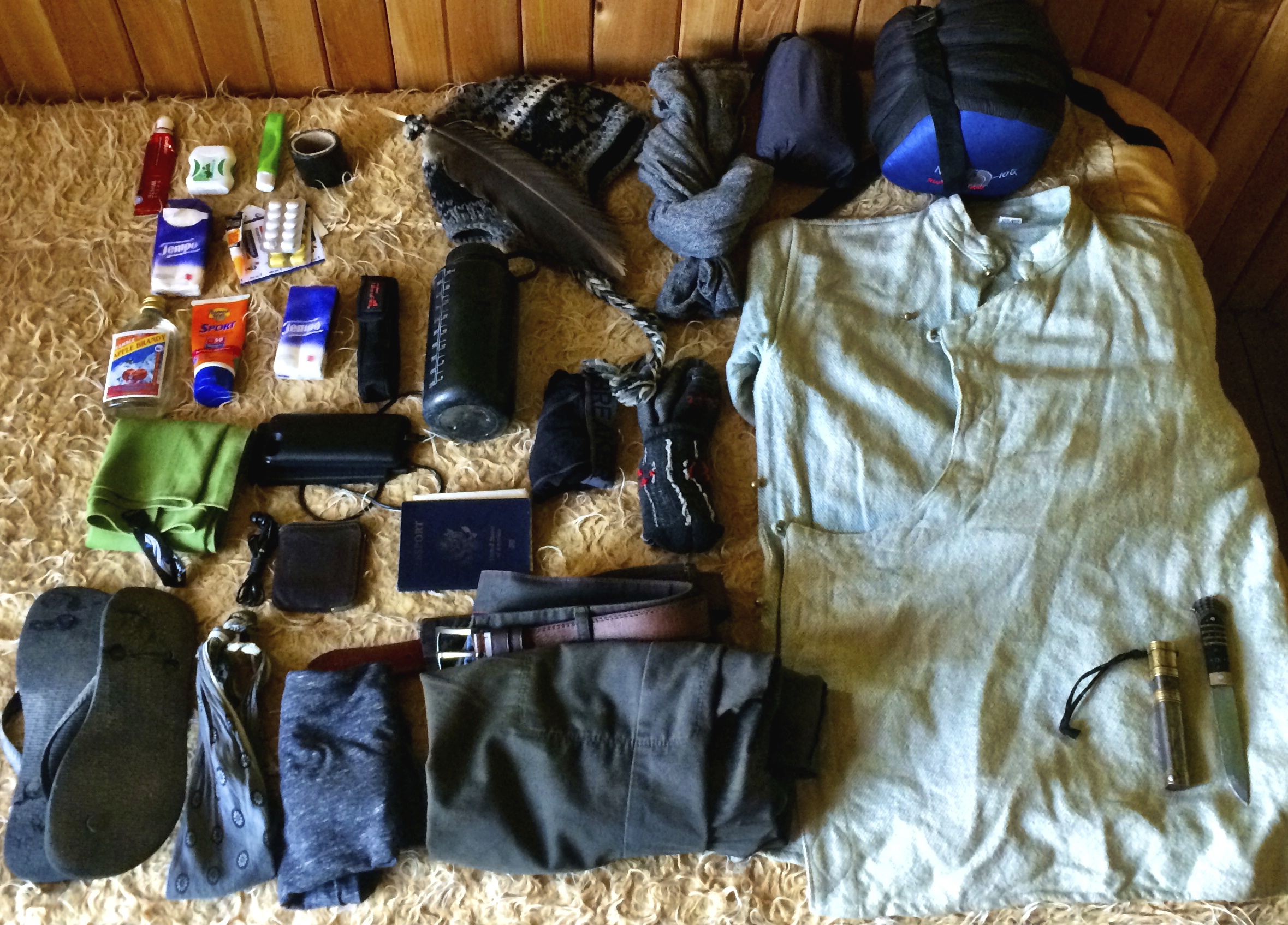 This is all my gear the day before going over 17,769ft snow covered mountain pass. 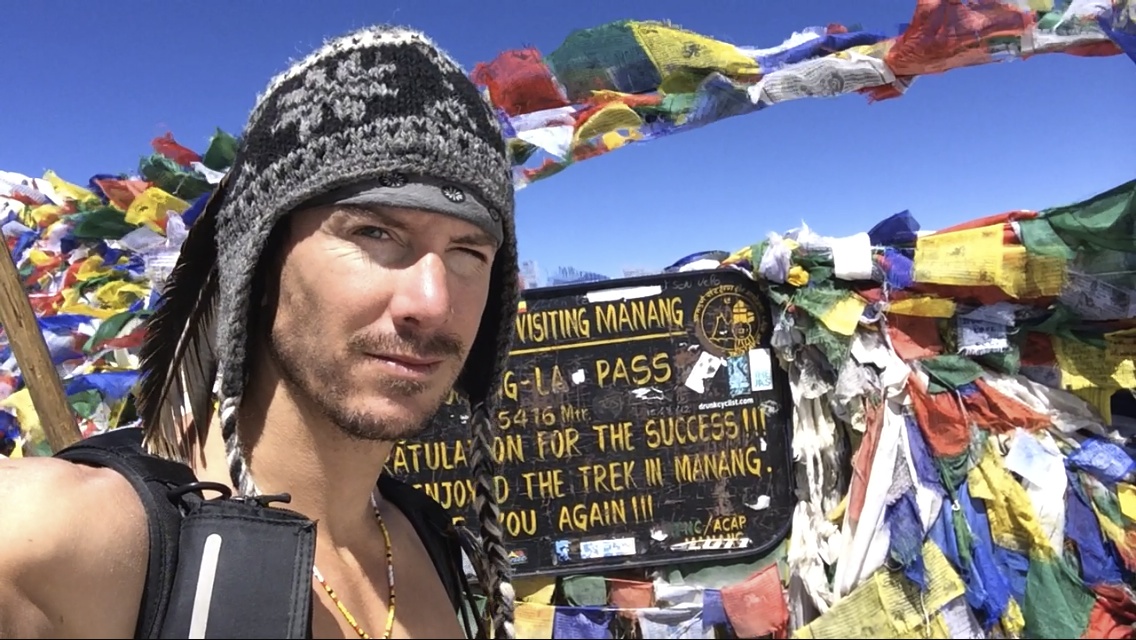 This is Throng La .

I came up the hard way which is from the Northwest. I hear it is the “World’s Highest and Steepest Ascent.” This article was originally published October 2014.

P.P.S. for cool ideas on travelling checkout Vagabonding: An Uncommon Guide to the Art of Long-Term World Travel by Rolf Potts.

Sublime Death: A Philosophy Comic That Will Chill You to the Core