Did NASA Land On The Moon? – Scientific Literacy Matters » 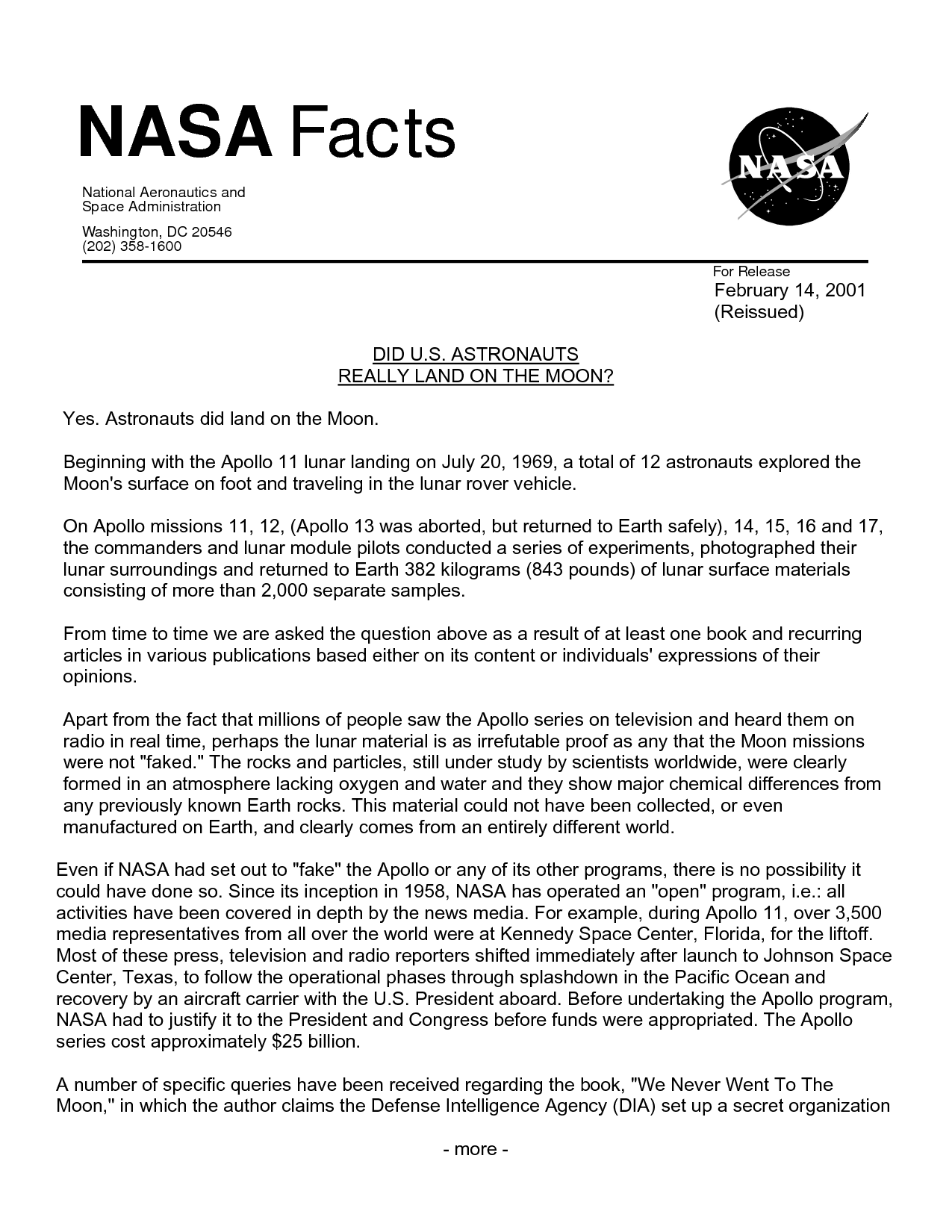 To me it's hilarious that there are still people who believe we didn't land on the moon, despite the overwhelming evidence. But then so is the case with many things. Some people think the earth is flat, global warming, conspiracy theories. It's sad really.

The fanciful notion that the six Apollo lunar missions launched by the USA between 1969 and 1972 which landed a total of twelve men who walked on the moon were elaborate hoaxes staged in top secret desert locations and movie studios here on Earth has been a familiar aspect of popular culture and conspiracy theory since the first moon landing in 1969. Perhaps because Americans' confidence in their government was at a low ebb due to the nation's controversial military involvement in Vietnam, perhaps because people felt threatened by the rapid onrush of technological progress the space program represented, or perhaps just because some people enjoy the furtive thrill of disseminating the "secret knowledge" encapsulated conspiracy theories, the moon landings have become a locus for cynical disbelief in America's tremendous achievements in space exploration.

The rest of us of course get to enjoy the fact that humans landed on the moon, several times. And we might be going to Mars soon. ...[Continue reading on Scientific Literacy Matters]