This One Time I Took Acid At A Festival

I saw the band Phish over the weekend. They had 3 nights in a row of music. The experience in its entirety was noteworthy (my first train trips, getting lost in downtown Chicago, walking miles and miles and seeing many characters), but the last evening in particular changed me for good. I’ve known since it happened (and even a few times while it was in process) that I wanted to write about it, and try to describe the indescribable. Here is my attempt.

You do not have to look for drugs at these parking lots.

At these infamous “Phish shows” there are parking lot areas where people congregate for a few hours prior to the shows. My boyfriend and I were talking to some friends and sweating in the humid July weather. The black top seemed like it was pretty newly paved so the sun rays were bouncing back at and baking us thoroughly. He told me he was thinking about looking for some acid and asked me if I would be interested, to which I replied yes. My experiences with this drug have been pretty limited and I figured this was a good environment for it. You do not have to look for drugs at these parking lots. You walk around and hear people subtly yet pointedly call out names of various drugs. Near the end of one of the lots an older gentleman called out “liquid” and we told him we’re interested. He proceeded to drop the clear fluid (a drop each, though in retrospect I think they were more like little puddles) directly into our palms. We decided to get 2 each, for good measure. He told us to enjoy the show and we walked back to our group of friends, getting ready for the long walk to the venue where the show would start. We waited in line at the port-a-potties, watching the tracers our hands left behind, and laughing at the clouds, which were swirling around continuously. Everything glowed.

We started walking and things started making less sense. We were walking with a huge crowd of people(these particular shows drew in 20,000 people to give you an idea) and I started noticed that I could “zoom out” and hear the overall buzz of excited conversation and just as easily zoom in to each particular voice. It was easy to get swallowed in the chaos of sound if you let yourself. By now a good hour had passed and I kept noticing and commenting on the fact that I felt like I was still climbing, and slowly coming up on the trip. Usually by this point it would have reached a plateau and remained steady for a while. My body was buzzing with electricity, I felt slightly nervous, I needed to see Phish’ and Trey’s smiling face. I knew it would calm me. I walked with my best friend Christian and started pouring my heart out about Trey Anastasio and how much I respect his smiling jovial attitude and his strength in overcoming heroin addiction.

I was so sensitive to every little thing, the people checking tickets seemed authoritative and foreboding. At the exact moment I noticed that the ticket checkers were actually laughing with each other and jokingly yelling into the megaphones about tickets, Luke echoed my thoughts out loud. I remember being very comforted by the fact that even characters that seem so official are just people messing around like the rest of us.

Everyone seemed to be on some type of drug.

We walked into the venue and instead of going toward the crowd to find a good place to watch the show I really felt like I needed to walk the opposite way where there were fewer people. “Is it ever going to stop peaking?!” I kept asking. We sat down in a field out near the edge of the venue, I started getting worried. Everything seemed so weird, I didn’t want to go into the crowd, I could not focus on anything because even stationary objects were vibrating with movement. Birds in the sky looked like lines in the sky because the tracers were so heavy. Any time Luke or I started to lose our train of thought I kept telling him to look at my eyes. Everything but the solid black circles of his pupils was swirling, changing, vibrating. Our eye contact felt like my only tie to sanity. I was staring consciousness in the face, and I was watching his eyes mirror every emotion I felt. I breathed and felt that “I AM”. We mentioned that no matter how crazy it gets, the “I AM” underlies everything. 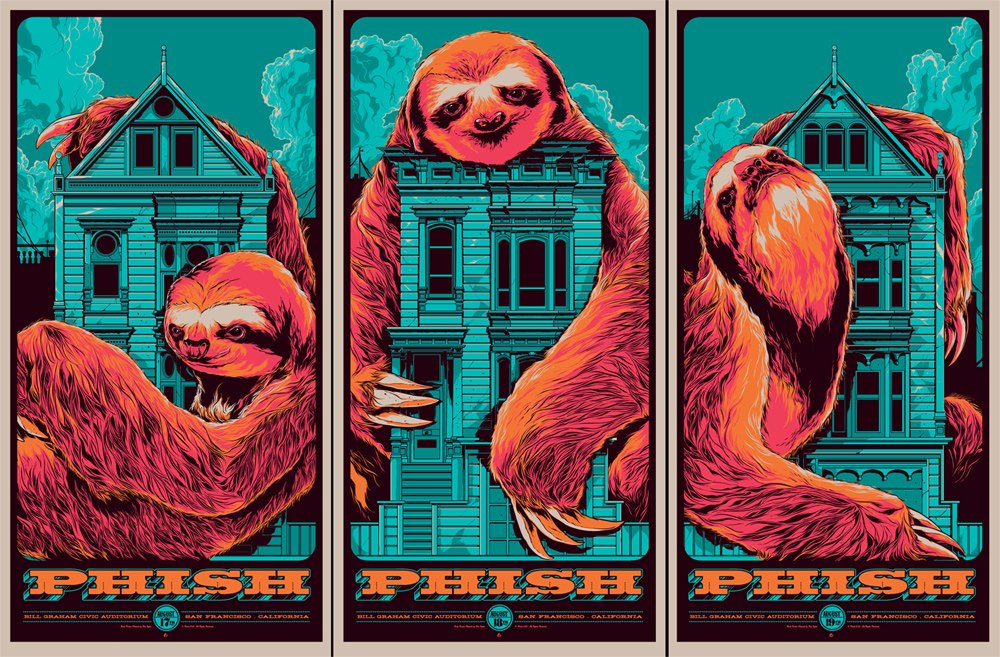 I started to panic and cry because I still hadn’t felt the plateau yet, just the continuous building of my reality falling apart. The band started playing, my back was facing them, and the music kept changing positions. The direction of the sound kept moving around behind me even though I knew that was impossible. It was disorienting, just like everything else. I kept trying to remember to breathe. I kept reminding Luke to look me in the eyes. I felt like I was in a horrific carnival as people with crazy costumes walked by, and Luke mentioned that “it doesn’t help that they’re playing all of their craziest music right now”. “Ok, so it’s not just me”, was my thought in response to that.

We both realized and commented on the fact that this was an insane experience that we would remember for the rest of our lives.

It started sprinkling. Luke and I were in the eye of the storm. The wind started picking up and we each sat cross-legged, facing each other and holding hands. Each raindrop felt like it contained multitudes. Each raindrop was so loud, and so heavy. The weather was echoing my internal state, getting stronger and stronger. I closed my eyes and listened to the music and somehow had the impression of sitting in the middle of a cross walk in golden sunlight as leaves blew across our path. I felt hours and days and months and years pass though I had no coherent idea of time. Nature felt comforting to me, I focused on the sky, wind, and clouds but was afraid of people and lights. I kept feeling the urge to go out in the corn fields, curl into a little ball and meditate until this passed. But we had traveled far and paid a lot to see this band.

It started pouring, the rain washed my tears away, we finally left our bubble and decided to walk around. “See look?! It’s okay!” is what Luke exclaimed as I saw all the dedicated and slightly crazy Phish fans dancing in the rain as the storm picked up. He stopped me and said “let’s dance”, to which I replied, “I need to keep walking!” Our clothes were soaked and we heard an announcement from the stage that the concert needed to be paused due to this weather.

I would have gladly given him some of my trip.

We went and stood up against a tent that sort of shielded us from the wind and ended up huddling with strangers trying to stay warm. We watched the chaos from there. We both realized and commented on the fact that this was an insane experience that we would remember for the rest of our lives. Everyone was running but there was no shelter to be had from what was coming down from above. Flashes of lightning lit up everything and some people danced in the storm. It was freezing cold. I kept mentally preparing to make the long trek back to the parking lot in the crazy weather yet Luke seemed determined that they would come back on. We shared some true solidarity with the other people huddled next to the tarp/tent, making jokes here and there about the situation. One guy right next to me kept saying he wished he were on some drugs. I would have gladly given him some of my trip. The people on drugs were in the exact place as this begrudgingly sober guy, and I saw clearly the “grass is greener syndrome” of his mental state. “If only this were different, I’d be okay” is something we all tell ourselves all the time. I had done it the whole day and night at this insane concert, and realized intensely and vividly that if I could not be okay right then, I wouldn’t be any other time! I saw people craving cigarettes and wanting drugs and saw this as only the appearance of wanting those surface desires and realized it was the longing for something deeper, something wordless, something that I had touched a few times during this night. It was something that no external chemicals were necessary to attain, though they could sometimes act as catalysts.

Slowly we found some friends, then lost them again, the rain started letting up and someone in the giant huddle said it’s probably safe to leave the group now. We all kinda looked at each other and laughed and joked about sticking around solely for the company and community we’d built up next to that tent wall. I mentioned leaving and a bearded gentleman who impressively managed to keep a cigarette dry enough to smoke out in that rain silently raised his fist in a symbol of farewell. I noticed that it was only 9pm, meaning that about 2 hours had passed and the entire night was still ahead. I was astounded. At one point the entire group found each other and we loudly cheered and celebrated. I felt the cheers reverberate through the crowd.

It was the longing for something wordless.

The lights from the stage came back on and we heard the band members thank everyone for waiting. We excitedly joined the crowds walking back up to watch the show and I noticed the air get much warmer. Without something to focus on, everyone at the venue was literally frantic. Everyone seemed to be on some type of drug so this exacerbated any feelings they had, but once the music came on they all had something to focus on. Phish really knows how to direct the emotion of large crowds of people. With the music, lights, and crowd all perfectly synced up and the musicians channeling this perfect energy of sound with seemingly infinite power, I was reminded of the feeling I had while looking into Luke’s eyes amidst my surroundings falling apart out in the field. That feeling of consciousness, presence, the breath, the “I AM” of infinite possibilities. I noticed that these people were literally worshiping that energy and the musicians channeling of it, and saw that there was no greater appeal or power. The music took me on an emotional roller coaster and made my body climax. I experienced the depth of every possible emotion, fear, and joy. I saw dark sides of myself and others and beautiful things and saw straight to the depths of human desire. I will never be the same again and I could not be more grateful.

Profound Comic: ‘A Day at the Park’ by Kostas Kiriakakis

Ed Prideaux – HPPD, Psychedelic Narcissism and the Pitfalls of Pathologizing (#58)